Soul himalaya treks and tours is the pioneer for helicopter sightseeing tour in Nepal’s Himalaya. Helicopter Tour in Nepal is for those people who have limited time or who don’t like to stroll upward and downward in the difficult Himalayan trails. The helicopter tour/trek can be run to shorten the trips, which otherwise may take longer days. Since the chopper needs only a small landing space, it can be hired to take tourists to whichever destination at any time they are willing to go. No wonder chartering a helicopter for sight-seeing / helicopter-trip has become a popular tourist activity in Nepal.

Kala Patthar (5545 m), meaning 'black rock' in Nepali, is a mountain in the Nepalese Himalayas near Mount Everest Base Camp. It appears as a big brown bump below the impressive south face of Pumori (7,161 m/23,494 ft). Many trekkers in the region of Mount Everest attempt to summit Kala Patthar, since it provides the most accessible point to view Mt. Everest from base camp to peak (due to the structure of Everest, the peak cannot be seen from the base camp). The views from almost anywhere on Kala Patthar of Everest, Lhotse and Nuptse are spectacular. During our Mount Everest special Helicopter tour we make a stop at Kalapattar and give time to enjoy the Himalayan scenery and capture the images of Mount Everest and other world highest peaks in their mind and camera.

Namaste from Nepal! From my very childhood I have always been fascinate... 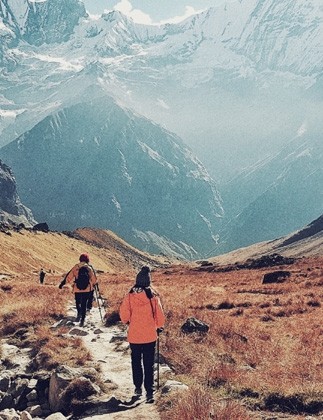