Nepal is a hub of cultural diversity. l
In Nepal, you can spot the variance in culture, lifestyle, religion, tradition, and language in such vast amounts that you can see nowhere else on the planet.

Nepal is a hub of cultural diversity. In Nepal, you can spot the variance in culture, lifestyle, religion, tradition, and language in such vast amounts that you can see nowhere else on the planet. Unbelievable right? But, you know what is more unbelievable? There is not a single evidence of any fight or violence for culture, religion, or language in the whole history of Nepal. Yes, not a single drop of blood has been shed on this holy land in the name of culture, religion, or tradition.

This is why Nepal is truly a land of peace and exemplary country for all other countries in the world. The culture of Nepal is unique, yet fascinating in terms of diversity and what is even more fascinating is its unity in diversity. Some cultures, beliefs, and traditions of Nepal are truly unique and only found in Nepal. Its unique tradition of taking guests as an avatar of God, respecting elders, strictly abiding by the religious and ethical norms, and many more can be sighted only in Nepal.

Unity and Diversity in Nepal have been one of the major factors for Nepal being an example in front of the whole world. Even though every person in Nepal has their own beliefs and norms, they live in harmony and the culture of brotherhood and sisterhood amongst the citizen is a wonderful example to follow.

As we all know, good things are best experienced rather than talked about, so, you have to be here to witness the wonderful unity and culture of Nepal. Apart from treating our guests with the highest of honors, Nepal also makes sure to not send anyone empty-handed after they land in Nepal.

Customs and traditions differ from one part of Nepal to another. A conglomeration lies in the capital city of Kathmandu where cultures are blending to form a national identity. Kathmandu Valley has served as the country’s cultural metropolis since the unification of Nepal in the 18th Century. A prominent factor in a Nepali’s everyday life is religion. Adding color to the lives of Nepalis are festivals the year round which they celebrate with much pomp and joy. Food plays an important role in the celebration of these festivals.

Nepal was declared a secular country by the Parliament on May 18, 2006. Religions practiced in Nepal are Hinduism, Buddhism, Islam, Christianity, Jainism, Sikhism, Bon, ancestor worship, and animism. Even though Nepal is predominantly a Hindu country, people of every religion and race are treated equally. 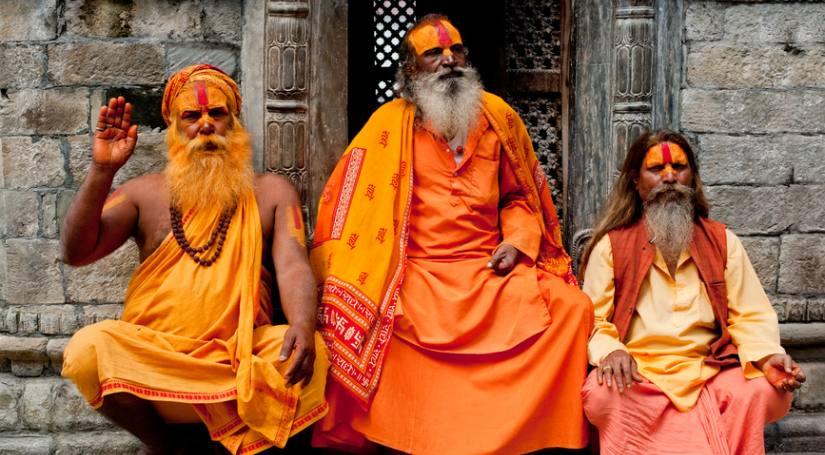 Buddha is widely worshipped by both Buddhists and Hindus of Nepal. The five Dhyani Buddhas; Vairochana, Akshobhaya, Rathasambhava, Amitabha, and Amoghasiddhi, represent the five basic elements: earth, fire, water, air, and ether. Buddhist philosophy conceives these deities to be the manifestations of Sunya or absolute void. Mahakala and Bajrayogini are Vajrayana Buddhist deities worshipped by Hindus as well. 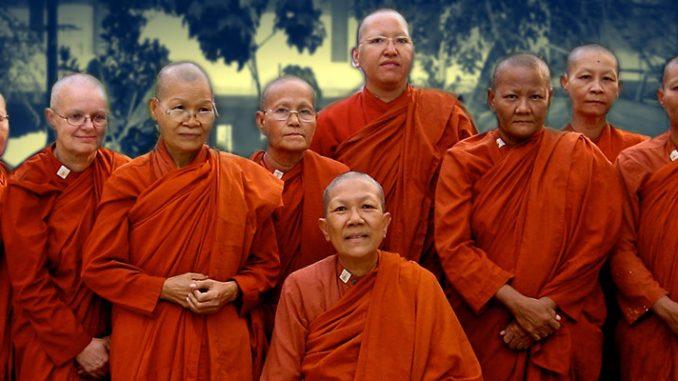 Hindu Nepalis worship the ancient Vedic gods. Bramha the Creator, Vishnu the Preserver, and Shiva the Destroyer, are worshipped as the Supreme Hindu Trinity. People pray to the Shiva Linga or the phallic symbol of Lord Shiva in most Shiva temples. Shakti, the dynamic element in the female counterpart of Shiva, is highly revered and feared. Mahadevi, Mahakali, Bhagabati, Ishwari are some of the names given. Kumari, the Virgin Goddess, also represents Shakti. Other popular deities are Ganesh for luck, Saraswati for knowledge, Lakshmi for wealth, and Hanuman for protection. Krishna believed to be the human incarnation of Lord Vishnu is also worshipped widely. Hindu holy scripts Bhagawat Gita, Ramayan, and Mahabharat are widely read in Nepal. Vedas, Upanishads, and other holy scriptures are read by well learned Brahmin Pundits during special occasions. 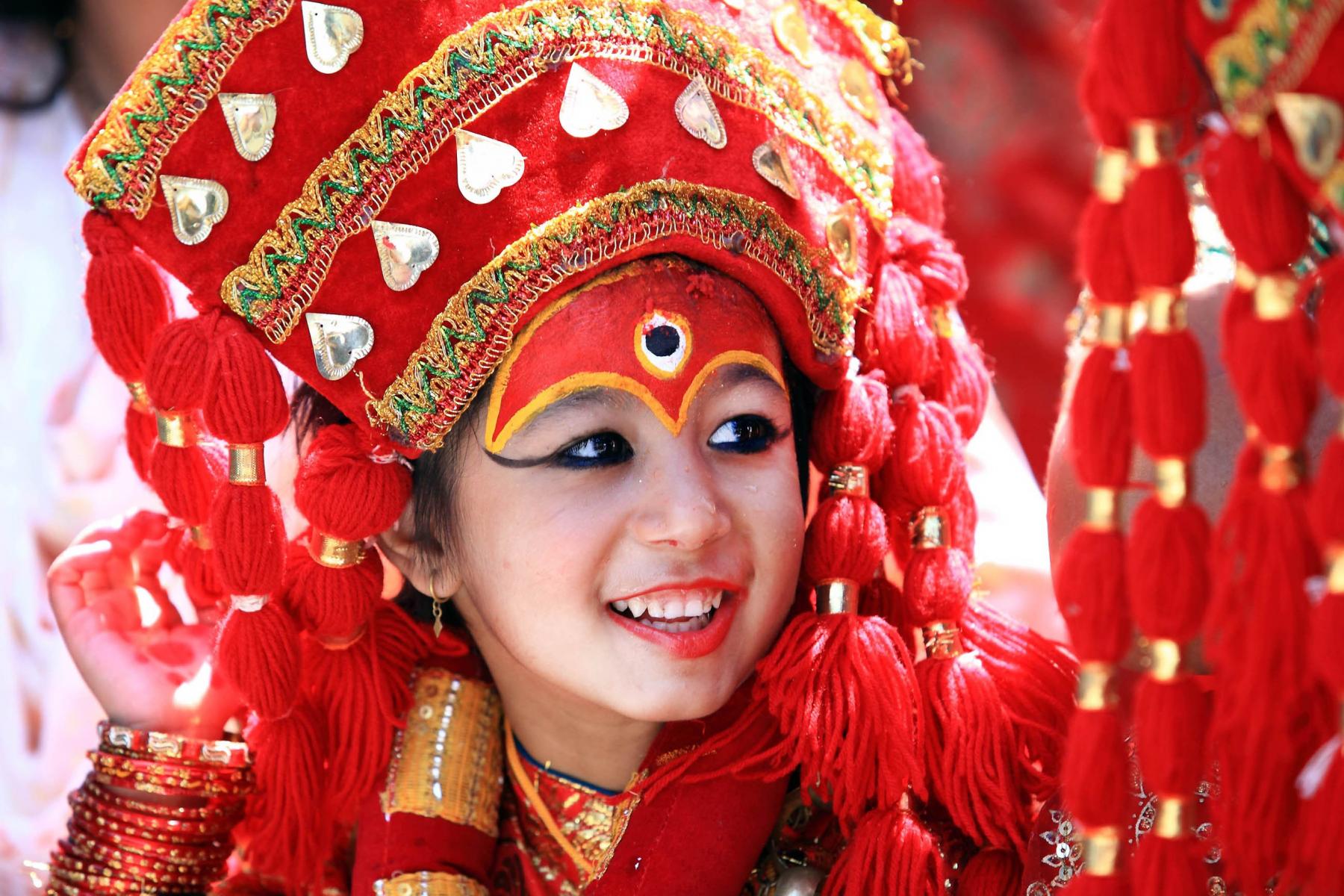 The diversity in Nepal in terms of ethnicity again makes room for various sets of customs. Most of these customs go back to the Hindu, Buddhist, or other religious traditions. Among them, the rules of marriage are particularly interesting. Traditional marriages call for deals arranged by parents after the boy or girl comes of age. 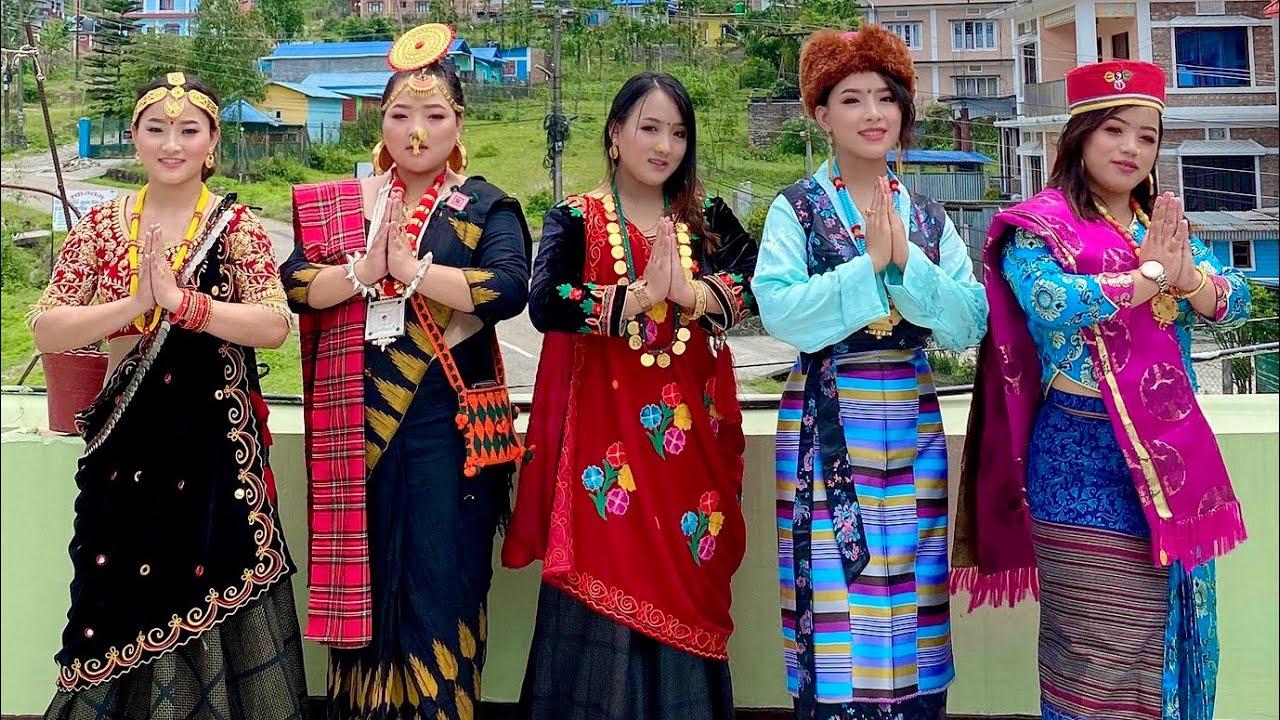 Nepalese do not eat beef. There are several reasons for this, one being that the Hindus worship cow. The cow is also the national animal of Nepal. Another interesting concept among Nepalis is the division of pure and impure. “Jutho” referring to food or material touched by another’s mouth directly or indirectly, is considered impure by Nepalis. Nepalis consider cow dung to be pure for cleansing purposes. During menstruation, women are considered impure and hence, are kept in seclusion until their fourth-day purification bath. Nepal is a patriarchal society. Men usually go out to work while women are homemakers. However, in cities, roles can differ. Most Nepalis abide by the caste system in living habits and marriage. Rural Nepal is mostly agrarian, while some aspects of urban life carry the glitz and glamour of the ultra-modern world.

Nepal does not have a distinct cooking style. However, food habits differ depending on the region. Nepali food has been influenced by Indian and Tibetan styles of cooking. Authentic Nepali taste is found in Newari and Thakali cuisines. Most Nepalese do not use cutlery but eat with their right hand. The regular Nepali meal is Dal (lentil soup), Bhat (steamed rice), and Tarkari (curried vegetables), often accompanied by achar (pickle). Cured meat is also very popular, but is saved for special occasions, as it is relatively more expensive. Momo (steamed or fried dumplings) deserve a mention as one of the most popular snacks among the Nepalese. Roti (flat-bread) and Dhedo (boiled flour) also make meals in some homes. 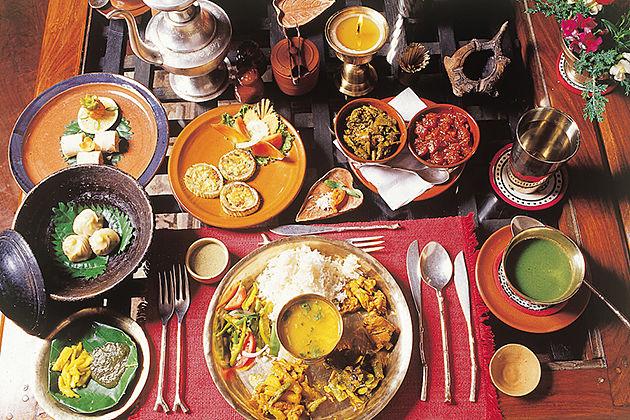 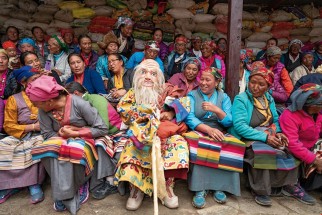 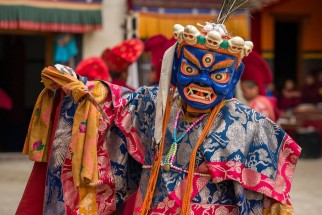 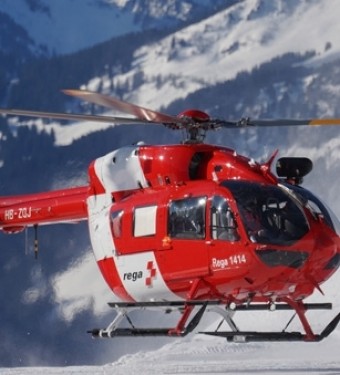 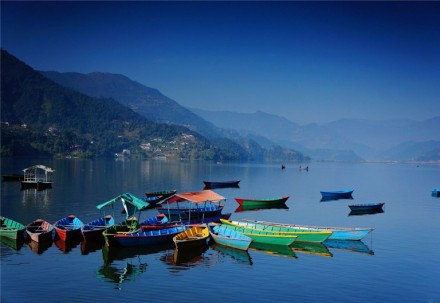 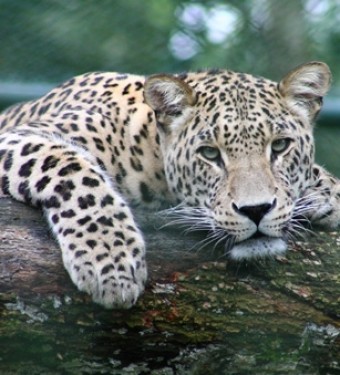 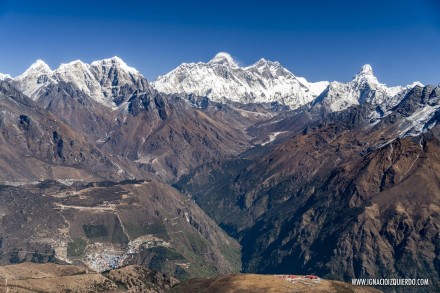 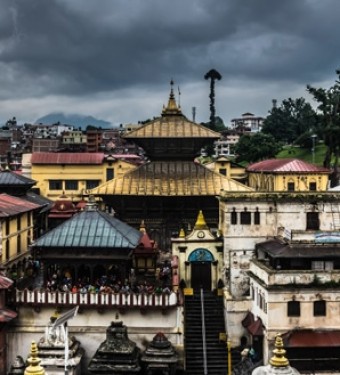